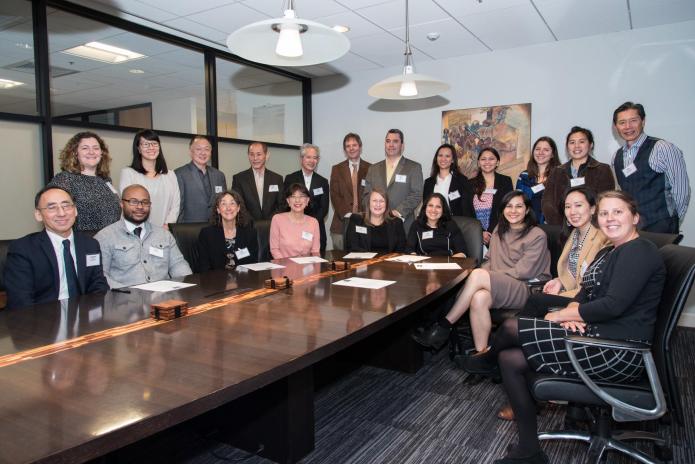 A year ago, the MTYKL Foundation (MTYKL.org) created its Immigrant Rights Initiative, awarding a total of $100,000 to nonprofit organizations. Each grantee was awarded $10,000.

“With Trump’s election, we now face the real possibility of mass deportations, the wholesale elimination of DACA, an uptick in workplace raids, special registration for Muslims, and a relentless targeting of immigrants,” said Foundation board member Minette Kwok.

“Therefore, we are going to ‘double down’ on the investment in our Immigrant Rights Initiative to contribute our utmost in support of our immigrant communities. Our Foundation hopes that other legal community leaders and funders will explore similar ways to support and defend our country’s disenfranchised.”

Dale Minami, Donald Tamaki, Brad Yamauchi, Minette A. Kwok, and Jack W. Lee founded the MTYKL Foundation in October 2014. The five founders – current and former partners of the Minami Tamaki LLP law firm – contributed a total of one million dollars into the new charity that would continue their 40-year tradition of supporting legal and social advocacy nonprofits.

The founders quickly steered the foundation towards a focus on immigrant rights and advocacy. They were appalled at the anti-immigrant rhetoric and xenophobia promoted by political candidates as the presidential election season geared up in mid-2015.

The initial grants have been used for a myriad of projects, including work supporting women and children detainees; immigrant rights fellowships; research on implicit bias; labor trafficking; and education, legislation, and media campaigns to change hearts and minds and reform policy.